Would you believe that after months of bullion banks claiming that the ssilversqueeze weekend had no impact, that now the LBMA is acknowledging that their numbers were wrong and that they may not have actually added the 118 million ounces that the banks claimed?!

If it sounds too shocking to believe, you’ll want to click to watch the video now! 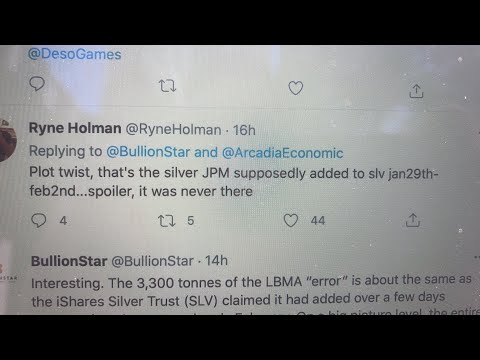