It used to be that if inflation got near 2%, Federal Reserve officials pretended to be concerned.

Two months ago, the CPI produced a 4.2% figure.

Then this past month, the government inflation gauge jumped to 5%, while the Fed still claimed that it’s “transitory.”

But what would you think if you found out that home prices are now up 24% in just the last year alone?!

Would it seem that rather than the current inflation level being transitory, it might be more likely that it’s going even higher? 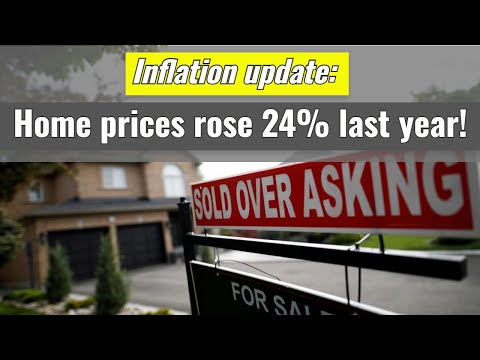