Did the CFTC​’s acting commissioner Rostin Behnam​ just admit that rather than regulating the silver market, that he condoned it being manipulated and tamped down by the banks that run the COMEX​?

Keep in mind this clip was first posted on March 18, over 1 month after the CFTC had been sitting on the detailed evidence I submitted to them on February 12.

Evidence which explains in detail the question that the CFTC and the banks are unable (or unwilling) to explain. Which of course is:

“How did the price of silver fall 10% on February 2nd, while the demand for silver set historical records that were so big, that the LBMA admitted they were weeks away from running out of silver, and the silver trusts actually changed their prospectuses to include language to protect them from a short squeeze but went out of their way not to tell anybody about it?”

The CFTC, JPMorgan​, Goldman Sachs​, the CME, the Perth Mint​, and many more either can’t or won’t answer this question. 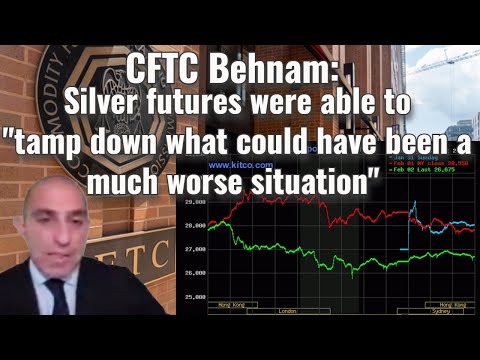